The SADdest Diet Ever

Would you believe me if I told you that I have never heard of the word “vegan” until maybe my high school years? I’m not kidding. I personally never knew that there were people in the world that did not eat meat. Yes, I know that sounds crazy, but it had a lot to do with my environment. Maybe I was just blind, but the most significant factor was that no one around me was practicing that diet.

If I could remember correctly, no one around me was practicing any type of healthy lifestyle. Neither mental health nor physical health was something that I witnessed from the family and friends around me.

Like many other people in the United States, I grew up on a standard American diet (SAD). Not only was it a SAD, but it was the very worst version of it. Cheap grocery store items and fast food was the norm.

I’m pretty sure that I said the phrase “mama, can we get some McDonalds” every single day of my childhood. And most times, I got just that. “Hey, can I get a 4 piece chicken nugget meal with a girl toy?” I would say to the worker on the McDonalds intercom. ( I was really clear about getting the girl toy because they would mistakenly put a boy toy in every now and then. Yuck)

Who in the world would give up meat?

Okay, so now that you got the introduction of my diet growing up now, I can jump ahead. The year was 2015, and I was around 20 years old. My mom, my little sister, and I had just moved into an apartment, and we had a really nice landlord.

I had a conversation with the new landlord, and he began to tell me about his vegan lifestyle, and I thought to myself, “this guy is weird.” He kept going on and on about the health benefits and other pros of giving up meat. He even started to tell me about the different foods he ate. Even though I thought he was weird and completely crazy, for some reason, I was becoming interested in what he was talking about.

He went on to talk about the health food store down the street (for some reason, I never knew existed, even though I passed it every day). After our conversation, I was pretty excited to go see this health food store.

I went, and it was just as amazing as he said. Everything in there was a healthier version than the items at my Food 4 Less store. I explored with wonder until I saw the prices. I learned that healthier food equaled more money. BUMMER! I was a 20-year-old making $10/hr and driving a 2001 Chevy Cavalier. I was not willing to spend extra money on food. I had other “important” things to pay for, like hair, nails, and fast food. 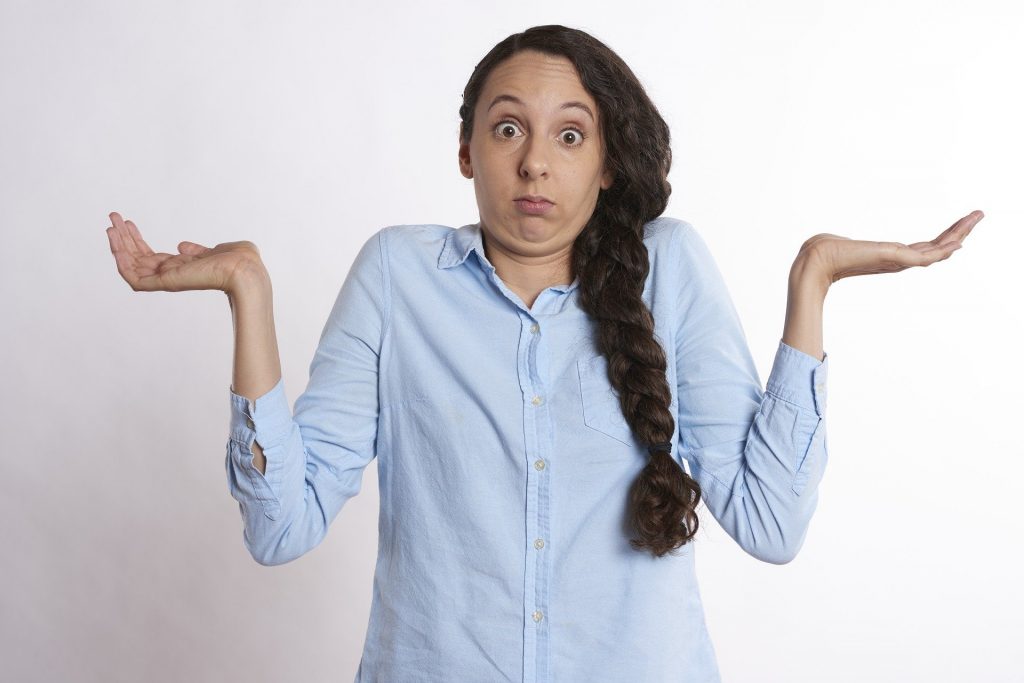 Around this time, I began my first real relationship, and guess what? He asked me to cook for him. Was this guy crazy? He must didn’t know that I was a hot pocket in the microwave type of girl.

The truth is, at the time, I knew how to cook a few things, but I was in college and working almost full time. I was not interested in cooking meals. But it was my boyfriend, and I wanted to make him happy. I started to cook for the both of us and eventually my family.

I’m bringing this story up because it played a significant role in my journey. Once I began to cook on my own, I started to feel more in control of what I could eat. After just a few months of cooking regularly, I began to look into cleaner recipes like grilled chicken. Something inside of me wanted to be healthier.

Eventually, McDonald’s started to taste nasty to me. I was becoming more aware of what I was eating. One day while eating a double cheeseburger with mayo, I began to think about where the burger actually came from. I went into deep thought about how they had to kill a living thing, and I was now eating it (throw up emoji). In complete disgust, I threw the burger out.

Mmm, I Wonder If I Can Give Up Meat?

In 2019, I started to hear more about veganism and the benefits of the lifestyle. Unlike when I was younger, I actually started to meet more vegans and vegetarians. I began to think that maybe this was possible for me.

One day I told myself that I was just going to try it out. My plan was to be a vegetarian for one week only, and then I’ll go back to eating meat. So I went cold turkey and gave up eating dead animal flesh. Going cold turkey is not for everyone; taking baby steps is more ideal.

This one curious moment changed my life.

In just a week, I saw small results. At the time, I was having a hard time with my energy levels. I was on medication to help with that problem. But after going vegetarian for a week, I no longer needed my medication.

I was feeling so great and didn’t want to go back. That one week has now turned into 2 ½ years.

I stayed vegetarian all the way up until 2021. At the beginning of 2021, I told myself that I wanted to go vegan even though the thought of it scared the crap out of me. I tried to push and take my health further.

I gave up meat quickly but giving up dairy was way more complicated. I knew that it was time to give it up because the older I got, the more dairy was upsetting my stomach. My body had been screaming, “I don’t like that cow crap!” and it was time to start listening.

I took the steps of buying vegan eBooks and all the dairy-free cheese I could find. Now I eat a diet that my body loves and thanks me for. 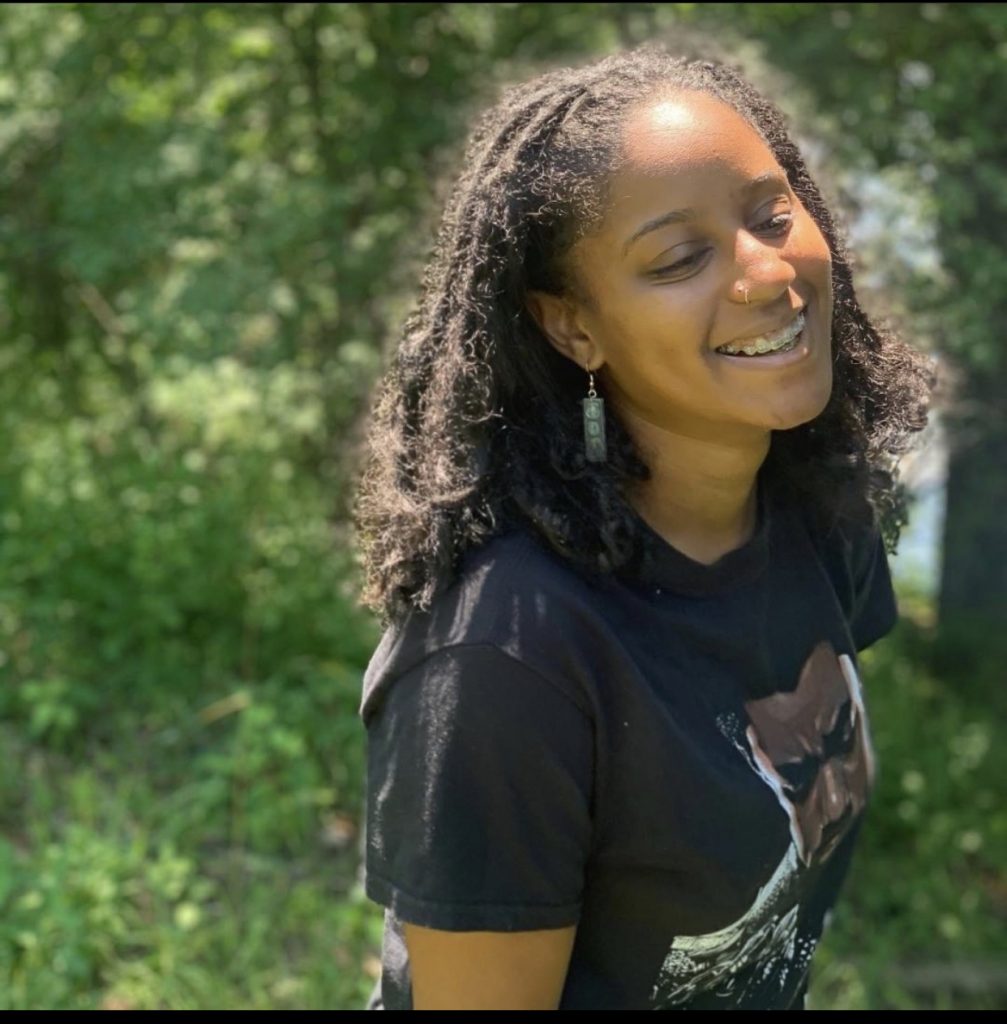 I learned a lot about going vegan. And it’s not just because it is veganism but because I stepped out of my comfort zone and tried something new. I discovered a whole new lifestyle that I love. I still struggle with being vegan when going out to restaurants because, unfortunately, veganism is just not that big yet. Every now and then, I still find myself having to eat small amounts of dairy, but no one is perfect.

Eventually my vegan diet impacted other aspects of my life and helped me begin to live a more natural lifestyle. I am now so cautious about what I put in and on my body. I also began to heal in more natural ways using yoga and mediation.

Going vegan has taught me so much. When you take the meat out of the equation, you have to find a way to get more creative. That means coming up with new meals and learning about seasonings to make sure your food is healthy and tasty. Because I had to get creative, I learned how to cook better. This led me to not eating fast food, which led to weight loss and healthy gains. Before, I was never the type of person to try new foods, but now that’s how I keep my life interesting. There’s always new fresh vegan foods and restaurants popping up, just waiting for me to try.

I also want to make the point that I am the woman of my household, which comes with great reasonability. One of the biggest is making sure that my family is eating a meal that will promote life and healing.

If you are thinking about going vegan, then stop overthinking and just try it because you will never know what you will like.

Kailyn is a Natural/Alternative Health Copywriter and the founder of Over the Moon Writing LLC. She is a black business owner who loves to write fiction, watch anime, read Harry Potter, and eat vegan food. Her mission is to use her copywriting to spread the word of veganism, sustainability, self-development, and the other things that help save people and the earth.